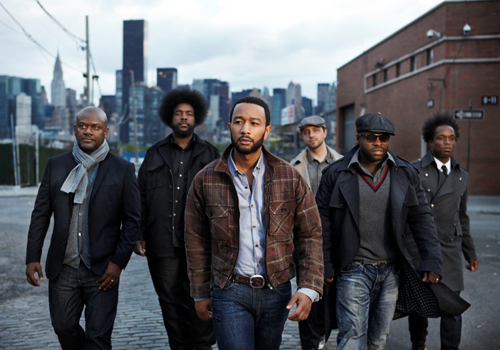 The Legendary Hip-Hop group, The Roots, collaborated with Grammy winner, John Legend, in releasing the album, ‘Wake Up!’. The collaborative group later hosted a number of live concerts under the American Express ‘Unstaged’ concert series. Taking the collaboration further, ‘Wake Up’ was re-broadcasted and directed by renowned actor Spike Lee in collaboration with You Tube and VEVO.

Here’s the entire concert! We also decided to add one of our favorite songs from the collaboration, ‘Fire’, which is below the hour+ long concert video. Check ’em out!

0 comments on “John Legend & The Roots – Wake Up! | Re-Broadcast Directed by Spike Lee”